Our Summer story with Drake Circus began in 2018, with a brief for a summer seasonal campaign. Drake Circus were facing tough competition and there was a need to retain existing shoppers and attract tourists over the summer by creating a point of difference.

We created a campaign that broke the usual media formats, extending to large scale floral themed activations and incredible larger than life installations that customers could interact with and share. “Embrace Wild this Summer” became more than a campaign, it became create a piece of public art for the city of Plymouth to enjoy.

One year on and following a successful campaign, the work has been repeated with more media and more flowers! Bravo Drake Circus! 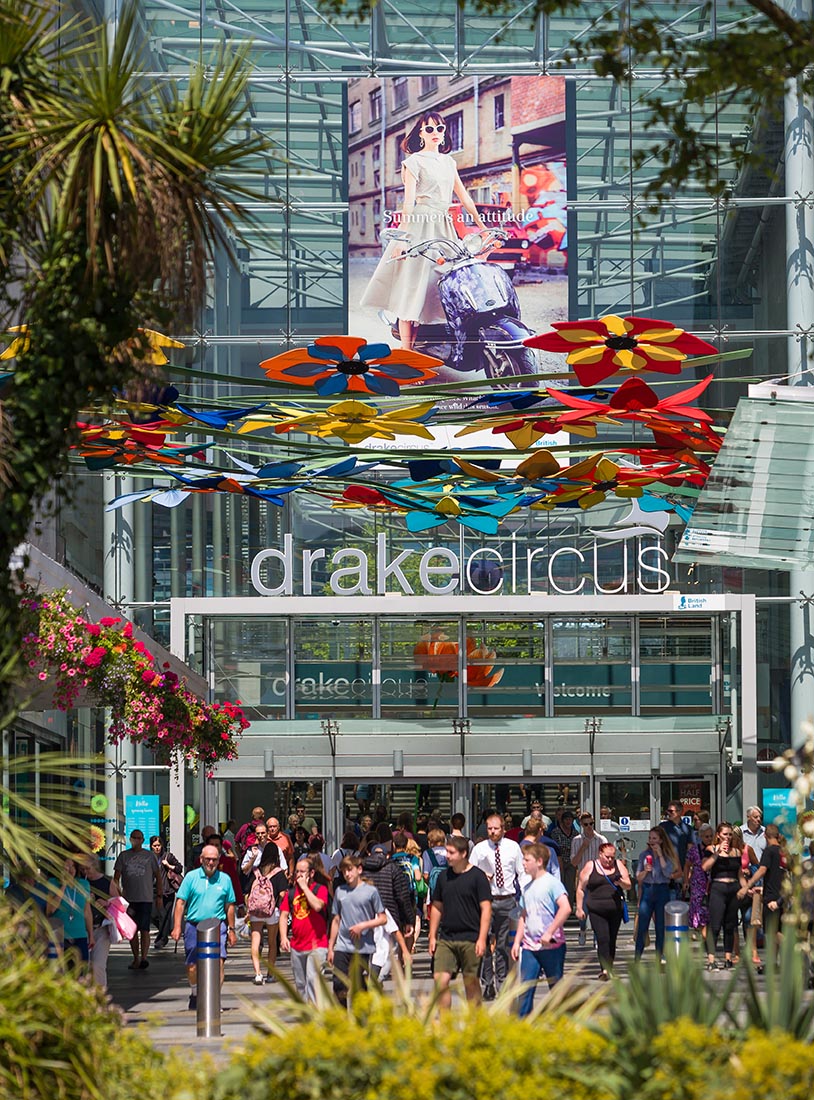